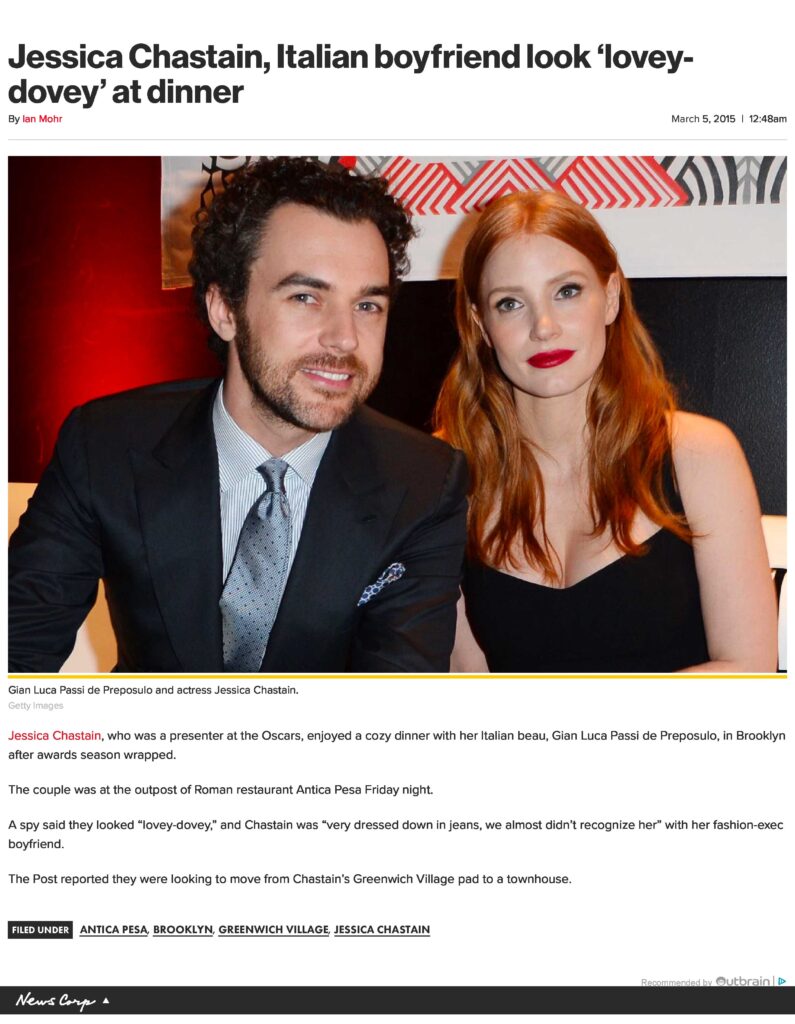 Jessica Chastain, who was a presenter at the Oscars, enjoyed a cozy dinner with her Italian beau, Gian Luca Passi de Preposulo, in Brooklyn after awards season wrapped. The couple was at the outpost of Roman restaurant Antica Pesa Friday night. See more 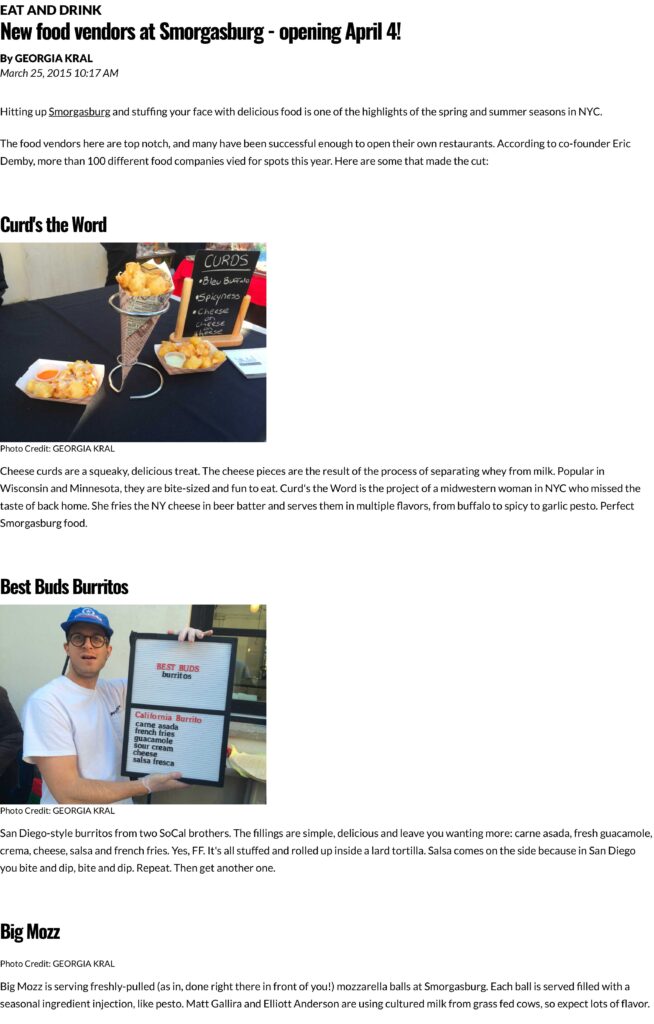 Williamsburg Italian restaurant Antica Pesa will create Roman street food for Smorgasburg including freshly-baked focaccia with mortadella, eggplant Parmigiana and what we believe will be a huge hit- the classic frittata di pasta, leftover pasta formed into patty’s and deep fried. See more 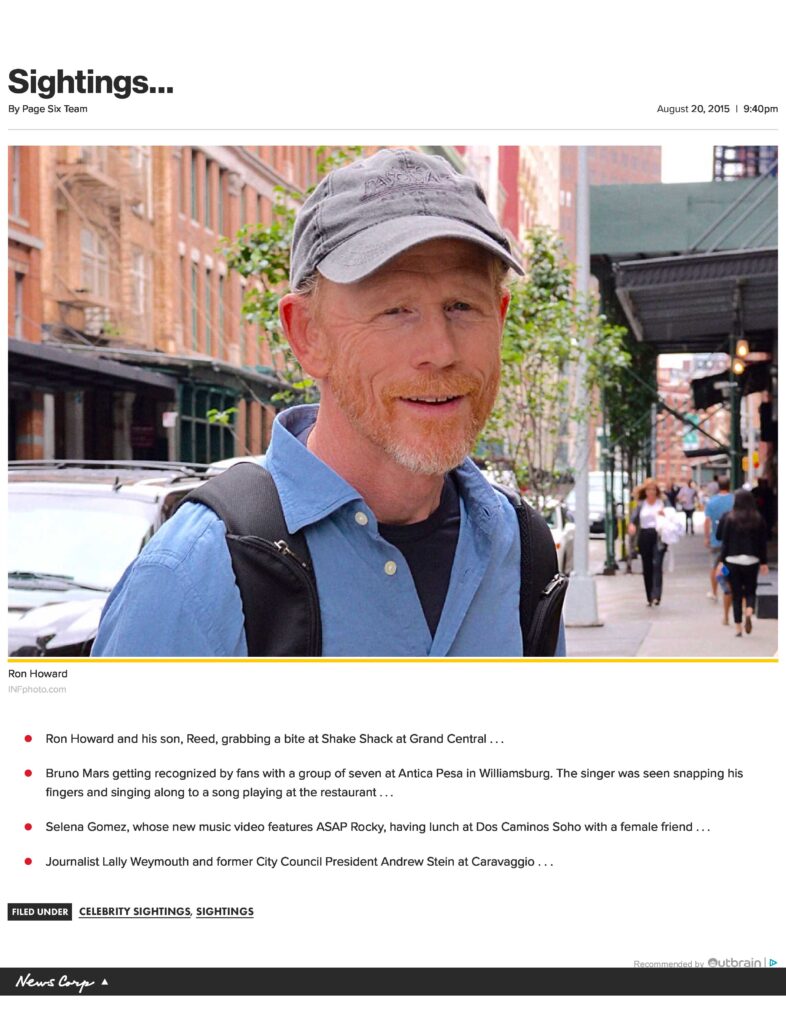 Bruno Mars getting recognized by fans with a group of seven at Antica Pesa in Williamsburg. The singer was seen snapping his fingers and singing along to a song playing at the restaurant . . . See more 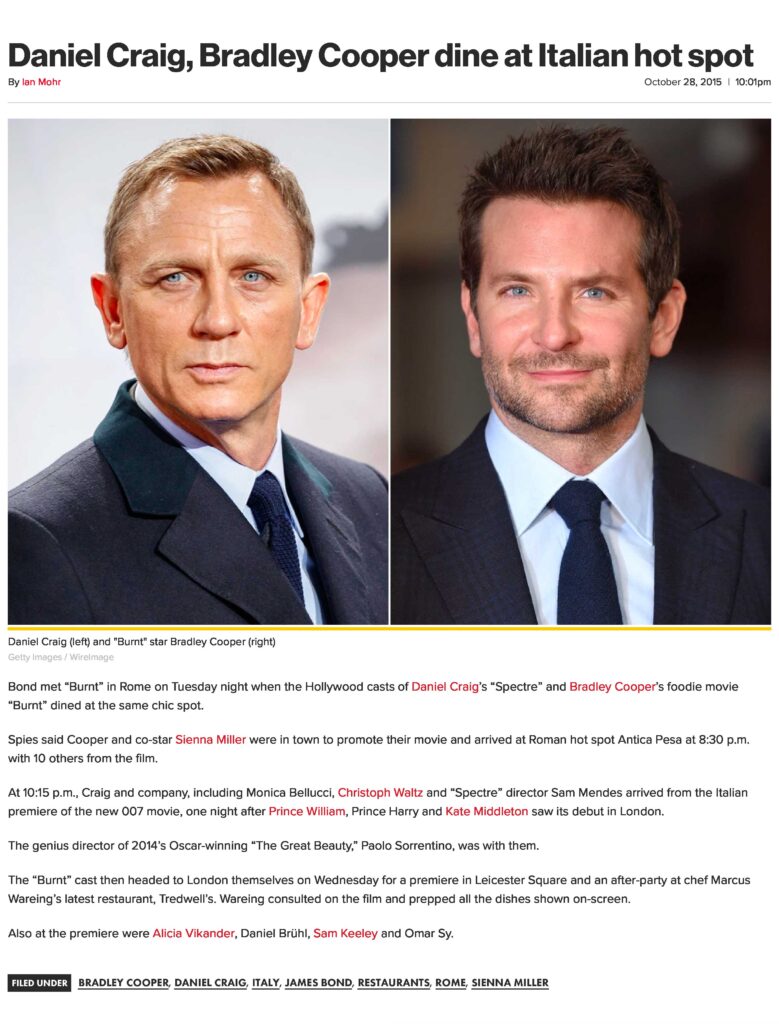 Bond met “Burnt” in Rome on Tuesday night when the Hollywood casts of Daniel Craig’s “Spectre” and Bradley Cooper’s foodie movie “Burnt” dined at the same chic spot. Spies said Cooper and co-star Sienna Miller were in town to promote their movie and arrived at Roman hot spot Antica Pesa at 8:30 p.m. with 10 […]